Robina is a face detection and identification library based on deep learning algorithms. Its a fast library written in C++ and can be run on both CPU and GPU. This library can be used in several programming languages including C#, C++, Delphi and Visual Basic. This library can be used in all access control softwares to integrate face authentication among other existing methods. Organizations like banks, universities, schools, large corporations and every office that deal with security, may be interested in such feature.Using the latest machine vision algorithms, the system is able to detect and recognize people in different light conditions in real time. 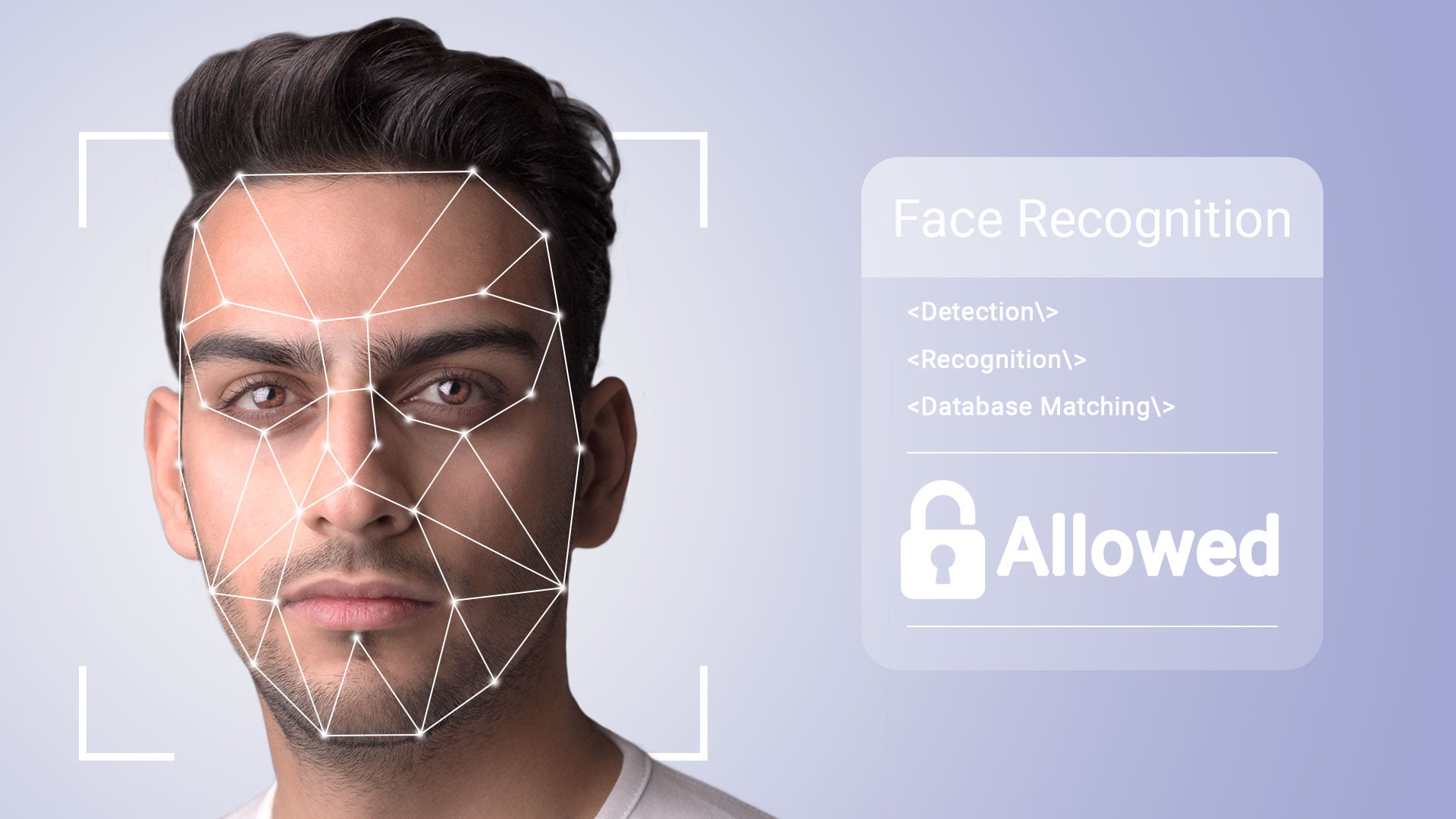 Accurate face recognition has been a major challenge for a relatively long time, both in academic environments and commercial companies. Thanks to cutting-edge neural network algorithms, image processing, machine vision and artificial intelligence, this peak has also been conquered by researchers and software giants like Google, Facebook and Apple.

We have also worked on this challenging problem at Shahaab-co, since 2015. A lot of algorithms developed and tested, from classical methods to modern algorithms based on deep neural networks. Finally, in the middle of 2018, we achieved a high-performance algorithm suitable for a commercial product. In this library, the state-of-the-art algorithms and frameworks are used and it can distinguish between 1000 people or more with very high accuracy.

The library can work on both images and videos. It can also connect to the network camera and process captured frames automatically. Having a face detected, Robina recognizes its identity and reports it to the host program. 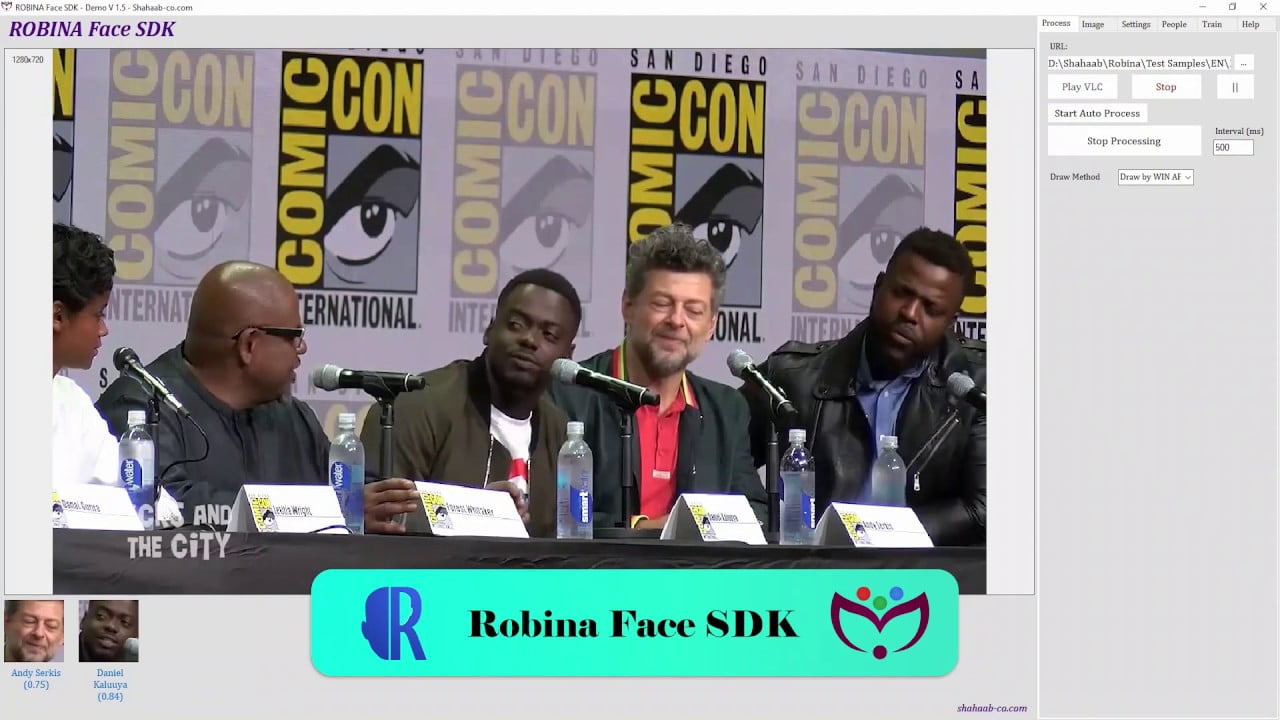 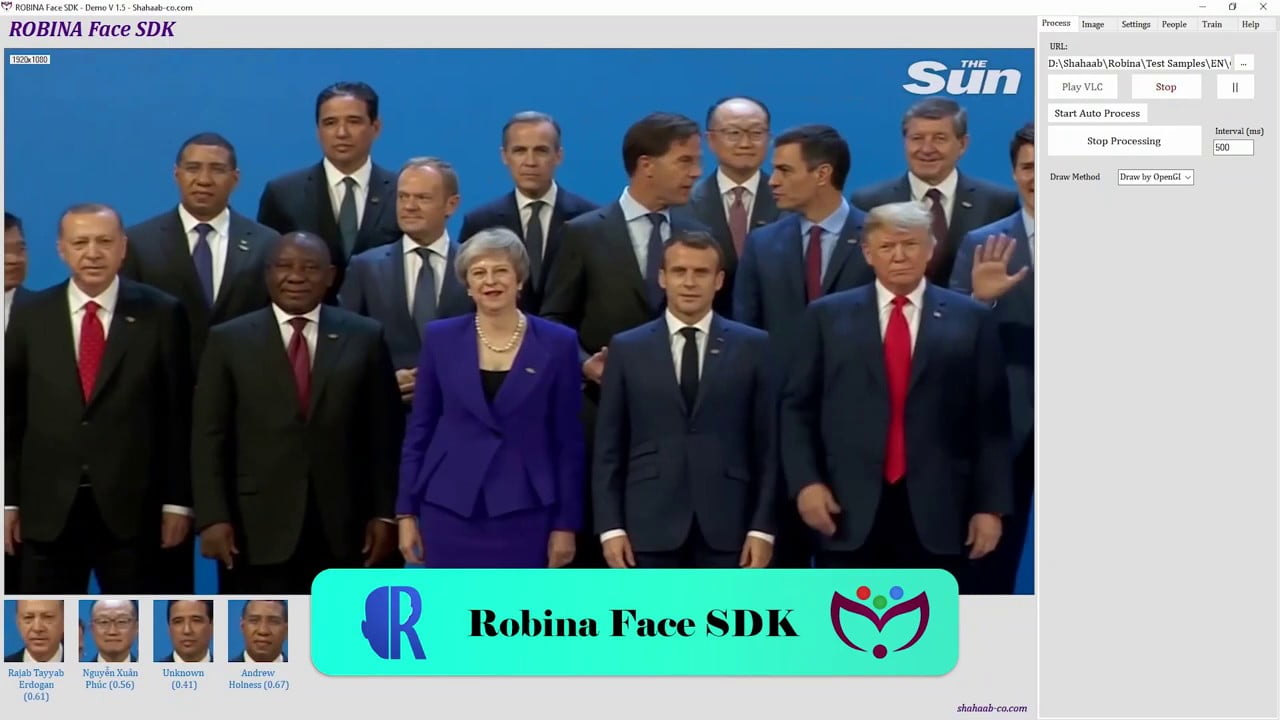 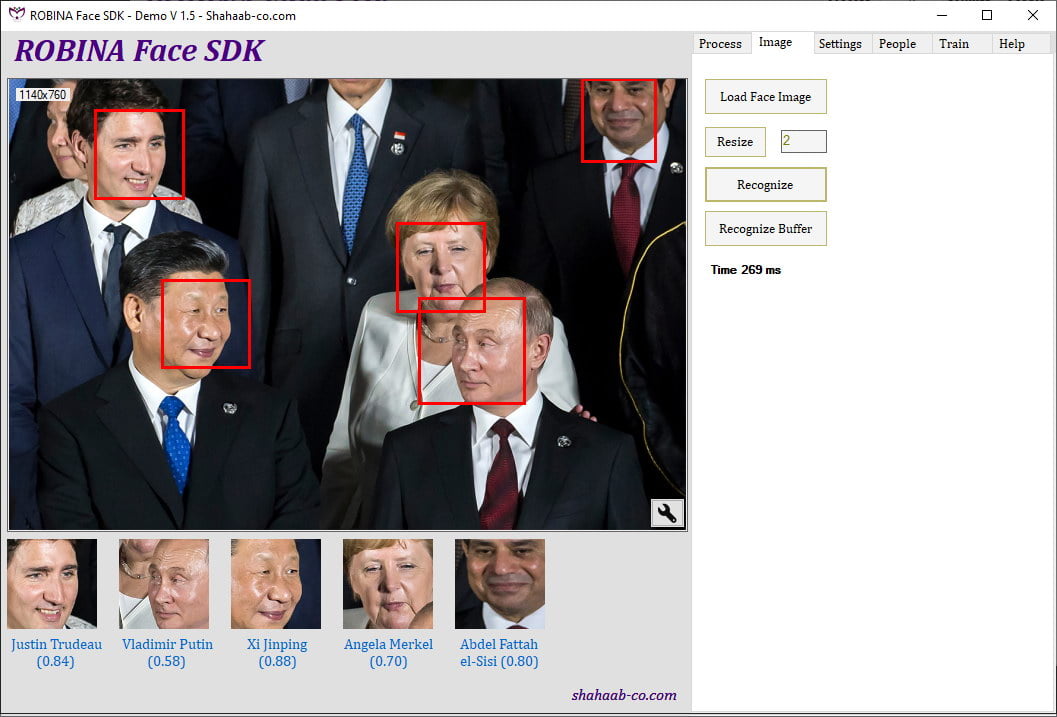 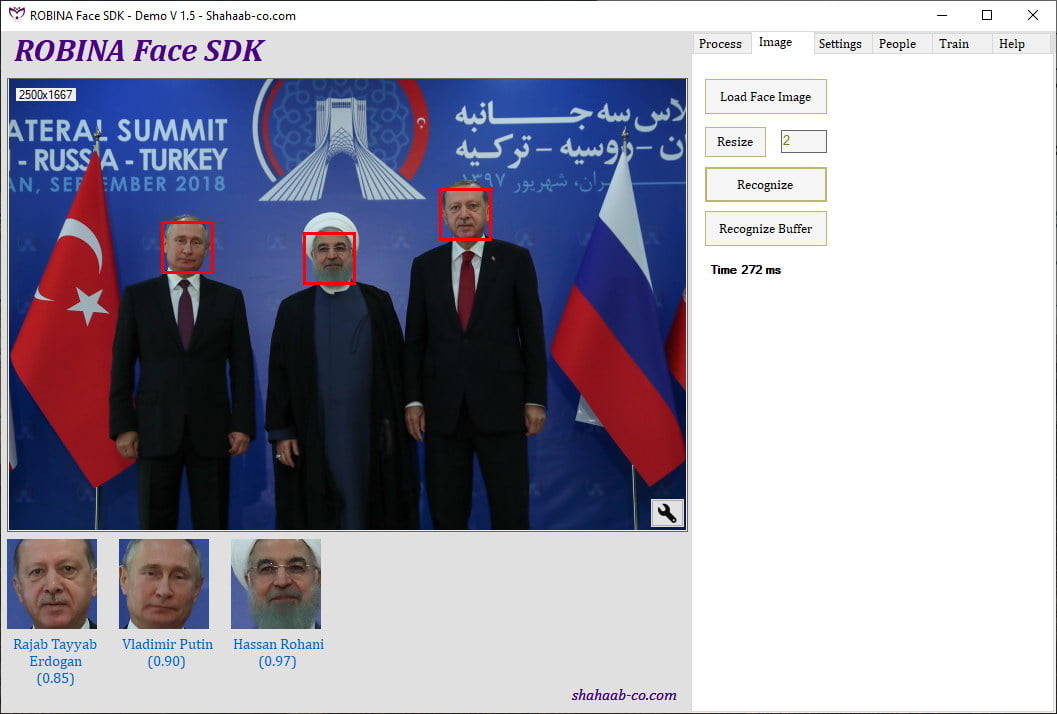 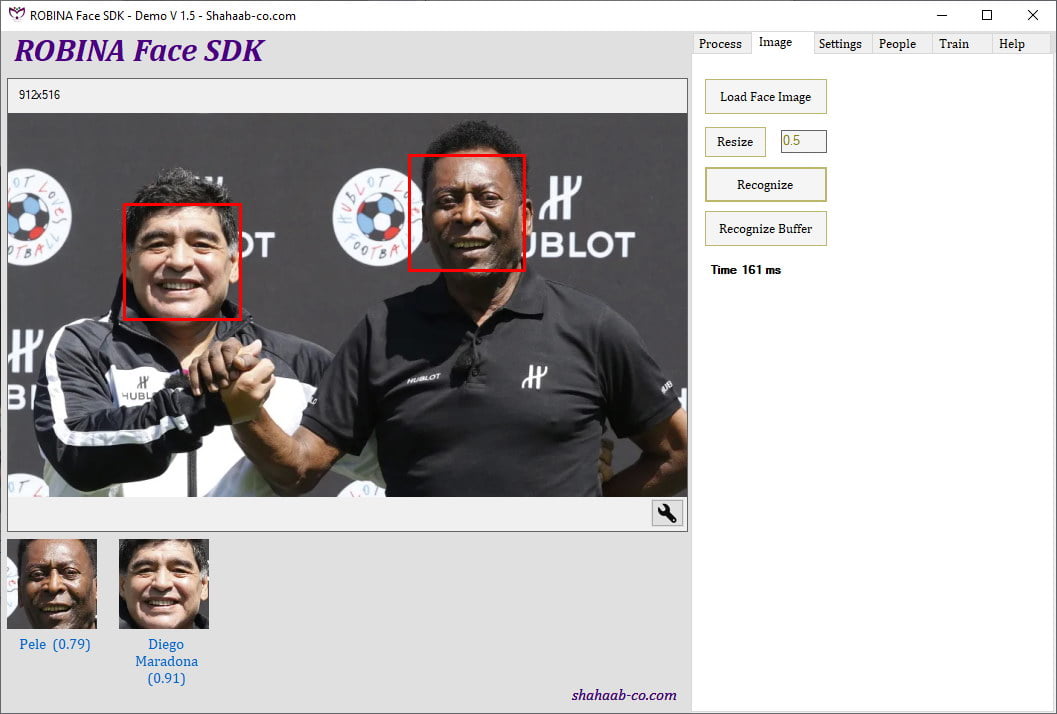 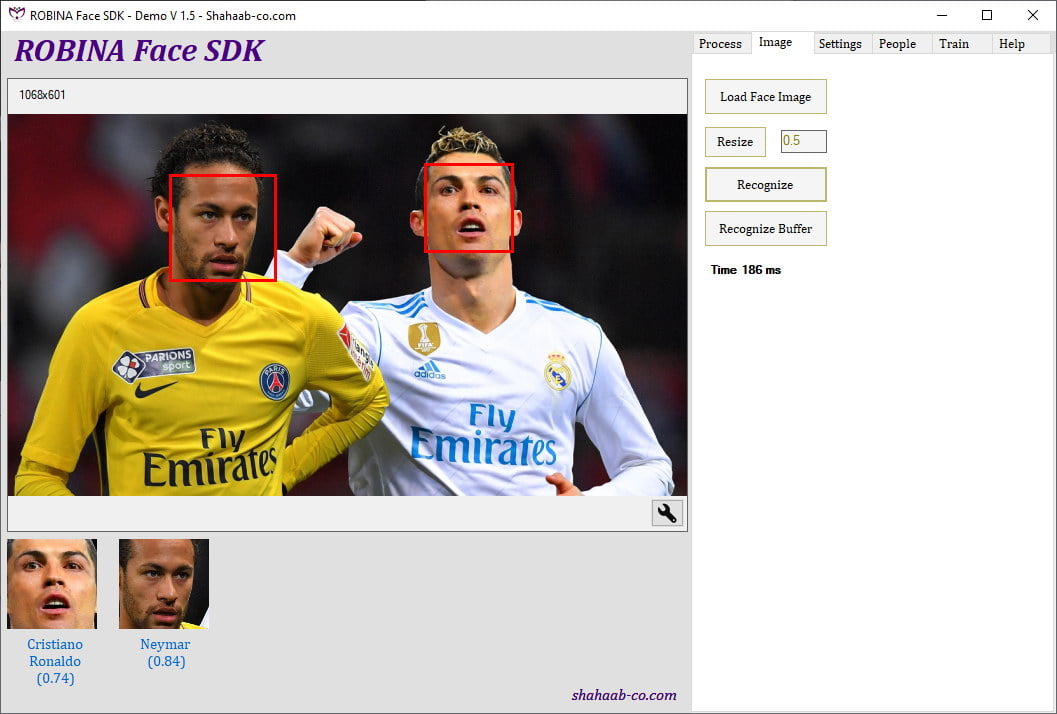 Robina comes in two versions. Basic version only supports 200 persons, i.e. you can use it in organisations with less than 200 staffs. Pro version has no limit and can distinguish between 1000 persons and even more.

Supports up to 200 persons

Supports 1K Persons and more. Best accuracy for up to 1K persons.